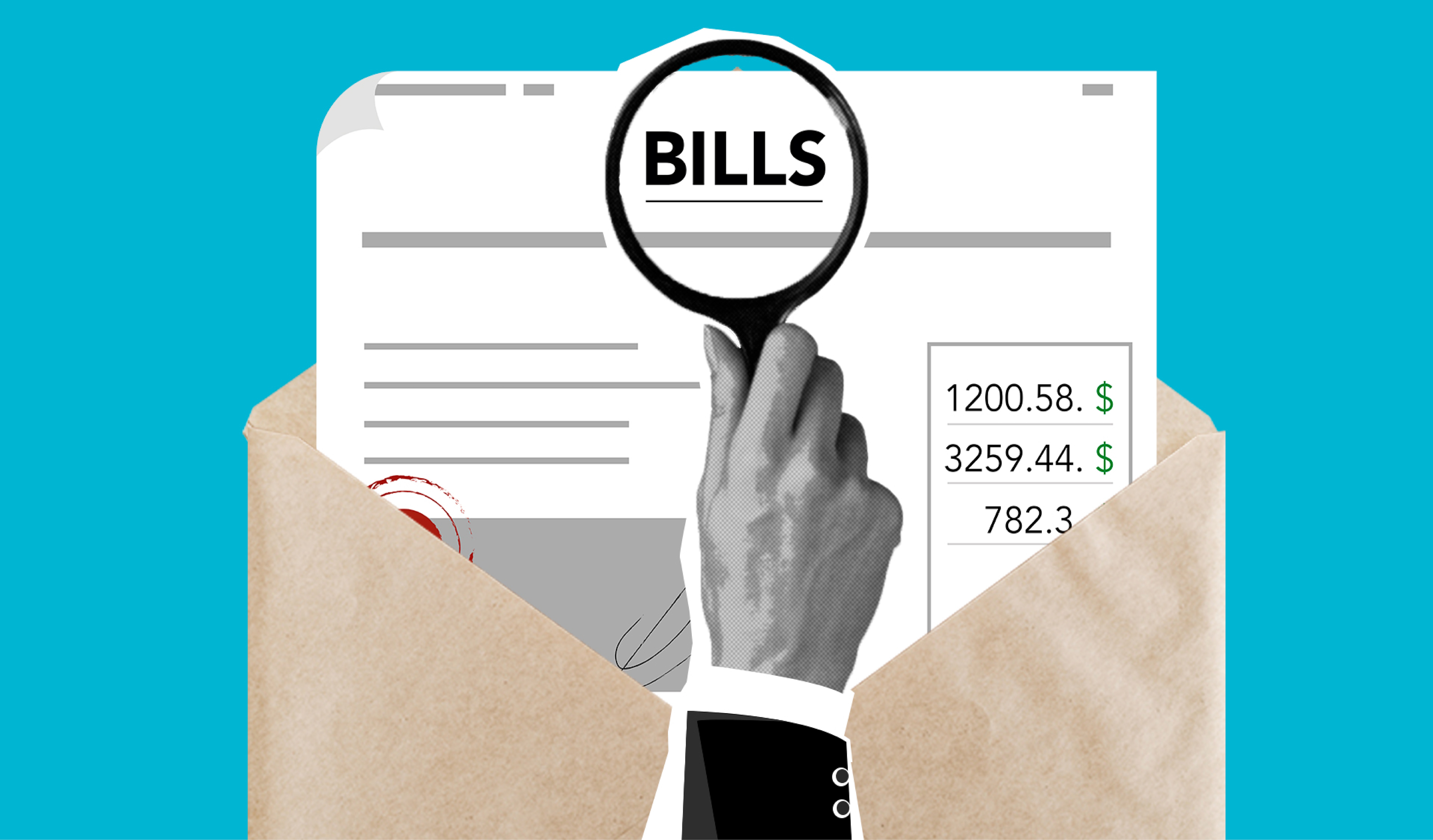 But the one bill you probably didn’t receive is the single most important one to negotiating your hospital bill: your itemized bill.

A hospital’s itemized bill is the key to understanding exactly which services went into your hospital’s calculations, unlocking your ability to flag and negotiate inflated prices or flat-out errors. While some hospital bills may resemble an itemized bill, the real deal contains procedure identifiers called CPT or HCPCS (pronounced: hick-picks) codes that break down your charges using industry-standard language, enabling you to identify duplicate charges and cross-check prices. (Don’t confuse these with internal procedure codes that hospitals often list for their own purposes.)

Itemized bills contain CPT or sometimes HCPCS codes, which are generally 5-character industry standard codes. Many hospitals don’t send your itemized bill unless you ask for it, but they’re legally required to within 30 days of your request.

So how can you get an itemized bill from your hospital, and what the heck are all the other bills you’re getting in the mail? We’ll walk you through examples here.

An itemized bill is the hospital’s line-by-line breakdown of the procedures and services you received. The first thing to know is: Most hospitals won’t send your itemized bill, though they may send you something that looks similar, or just a consolidated summary.

The telltale sign of a real itemized bill are CPT codes (Current Procedural Terminology codes) or sometimes HCPCS (pronounced: hick-picks) codes (Healthcare Common Procedure Coding System), which are the universal language used across hospitals and medical coders to identify a specific procedure. These are generally five characters long, sometimes seven, and start with numbers or letters like “8,” “9,” “J” or “S.” Itemized bills will also include service dates, revenue codes, and the quantity and charges for each procedure.

Your hospital uses these codes to assign prices to your procedures, which then add up to the total balance on your bill. They’re also what Goodbill uses to make the case for negotiating hospital bills. Our software and medical coding experts use the codes to catch errors when comparing your itemized bill to your medical record.

Hospitals are legally required under the HIPAA Privacy Rule to send your itemized bill within 30 days of your request. Goodbill handles this for you by requesting your bill on your behalf.

A consolidated summary is the bill you probably got in the mail, and contains an overview of your procedures, charges and your total balance owed. Hospitals vary in format: Some may contain CPT codes or internal hospital codes, though they’re almost never as detailed as a real itemized bill. If you were seen by a doctor or physician at the hospital, you might also see professional charges on your bill.

If a doctor or physician at the hospital helped you at the hospital, you may receive what’s called “professional charges” in separate bills. This generally includes services from doctors, anesthesiologists, or specialists who are affiliated with the hospital but aren’t employed by the hospital.

It can be confusing: If you got a laboratory test, for example, the charge for the test itself may appear on your hospital bill (also known as an institutional or facility bill), but the physician’s charge for their time and care will appear on the professional bill.

Currently Goodbill only negotiates hospital bills, not professional bills, but we hope to tackle that soon.

The UB-04 is a standardized claim form your hospital uses to bill your insurance provider for the procedures you received. It’s generally a single page containing 81 fields, including a line-item breakdown of your procedures, along with CPT, HCPCS, and revenue codes, descriptions, unit quantity and charges.

Goodbill helps you obtain your UB-04 because it gives our medical coding experts an extra layer of detail that itemized bills don’t. For example, it may show CPT “modifiers” that give our medical coders more information to compare against your medical record.

If you were admitted to the hospital, the UB-04 includes diagnosis-related groups (DRGs) that the hospital sends to your insurer. DRGs take into account many factors, including the severity of your condition, as well as the resources your hospital used to treat your condition. Insurance providers use them to reimburse hospitals, as well as understand whether the care you received was fair, and not excessive, to protect them from over-reimbursing a hospital. However, it’s not an exact science, which is where some discrepancies occur: It’s entirely possible for a hospital to assign two patients with the exact same profile different DRGs, where one is more expensive than the other.

Your explanation of benefits comes from your insurance provider, and tells you the outstanding amount you’re responsible for paying after insurance adjustments and discounts.

It breaks down in-network and out-of-network costs, how much your insurer covered for each, as well as what portion of your out-of-pocket expenses count towards your annual deductible.

Goodbill reviews your explanation of benefits to understand your outstanding patient responsibility after insurance. We also look for opportunities to strengthen your hospital bill negotiation, for example by comparing the charges under your plan to other scenarios that might have produced more savings, like being uninsured or insured under a different provider.

Your medical record contains important notes from the physician you saw at the hospital, including your diagnoses, lab results, and other medical insights about your visits.

Goodbill’s medical coders review your medical record and compare it to your itemized bill and UB-04 to determine whether the listed procedures are correct.

Read our step-to-step Medical Records guide to learn how to find your medical records online so that you can upload them to your Goodbill account.

Guides, news, and articles to help you tackle hospital bills. 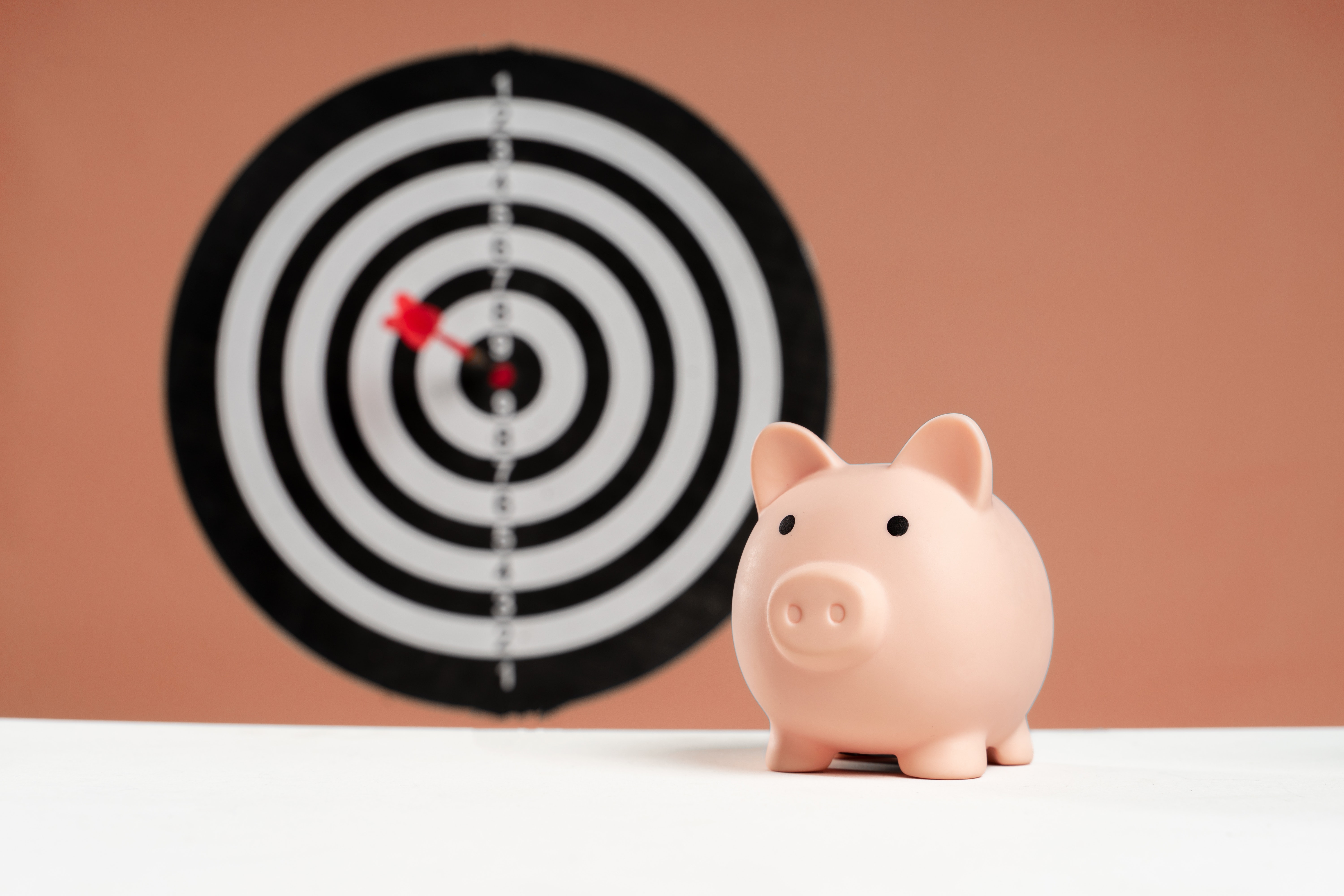 How to Negotiate Your Hospital Bill

Read expert tips on how to negotiate your hospital bill to save up to thousands of dollars. 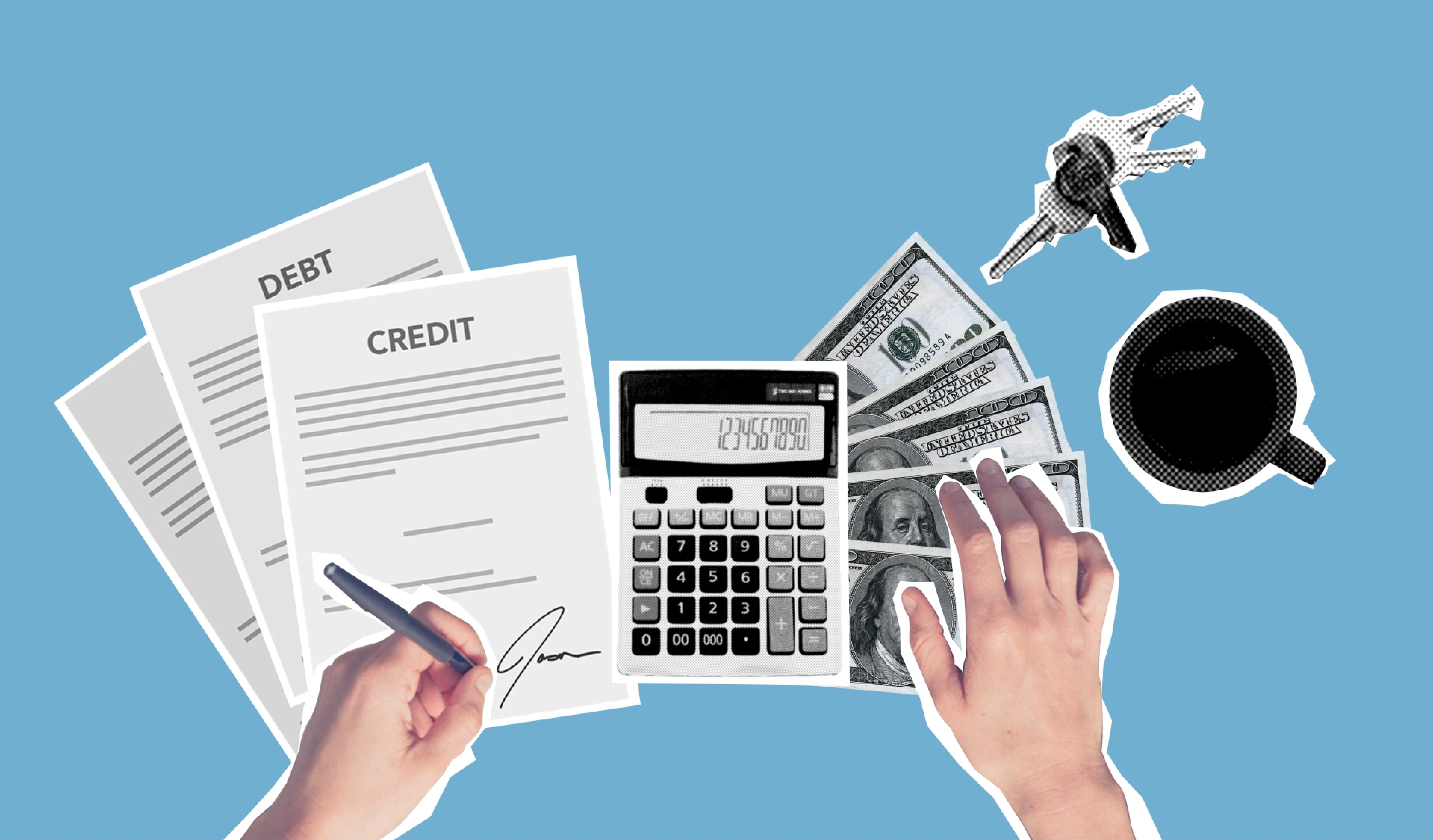 Can Hospital Bills Affect My Credit?

Laws and policies give you time before your bill can go to collections or affect your credit. 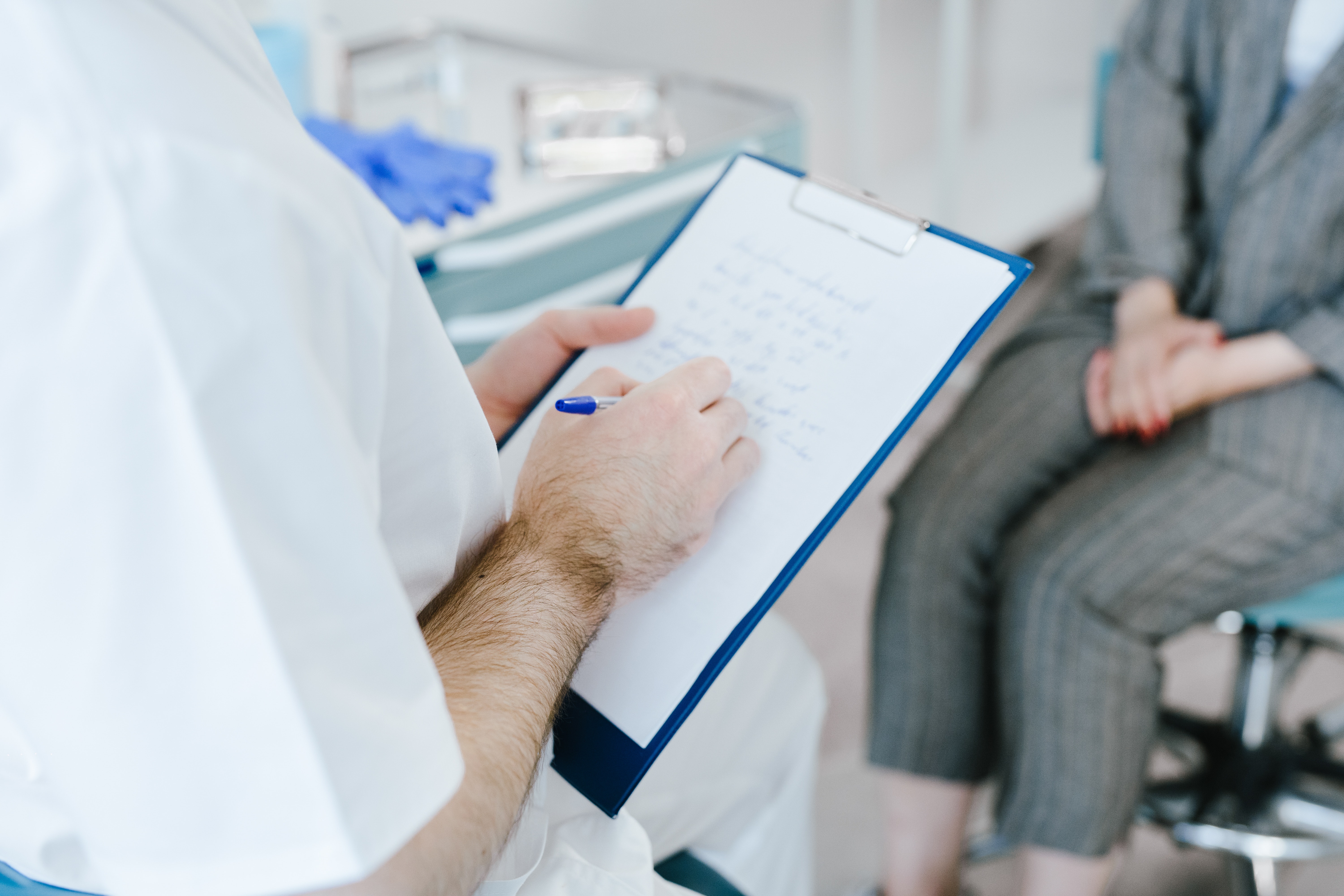 Get Your Medical Records Online

Learn how to get your medical records online, in minutes, through your hospital’s patient portal.

Negotiating hospital bills has never been this easy.